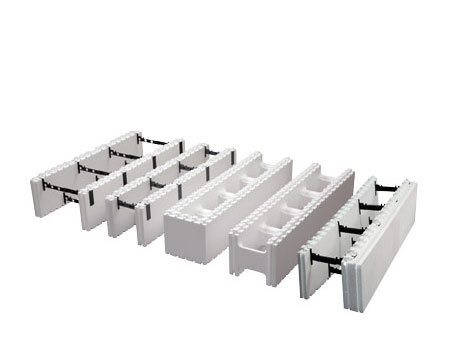 For production of thermal blocks of PSV-S type polystyrol (foaming-self-damping expanded polystyrene foam) of leading world manufacturers from Korea, Germany, and Poland is used. By its physical and mechanical properties this polystyrol outstrips by far domestic equivalents.

PSV-S does not contain chloro-fluocarbons or incompletely halogenated chloro-fluocarbons. It is an environment-friendly material is not harmful for human body used of production of disposable tableware, package for food products and the like.

Besides, to reduce the possibility of accidental inflammation all articles made of polystyrol PSV-S contain flame-proof additives, which are added at production.

Such special additives help to prevent inflammation of the material from small fire sources,  such as, for example, matches or lit up cigarettes. It is an important factor of fire safety.

* Temperature of inflammation that occurred as a result of a burst of flame is the temperature, at which are formed vapours, which, when mixed with air, may inflame from an external flame source.

** Auto-ignition temperature is the temperature at which material smoldering or inflammation occurs without any external flame source.

All organic chemical materials, including plastic, wood and paper, wool and cotton, release various toxic products, including carbon oxide, when burning. At fire it is the most dangerous gas. Burning of the above-listed organic materials may also result in oxygen deficiency. Knowledge of the chemical composition and structure of organic materials provide grounds for understanding reasons of smoke formation and toxic gases at burning. The majority of materials subject to inflammation contain carbon, therefore at burning they oxidize and release carbon dioxide (СО2). If the oxidizing process is not complete enough  carbon oxide (СО) is released. The concentration CO in air equal to 0.3% or 3000 PPM (parts per million)  at exposure to it within  30 minutes is dangerous for human beings. Polystyrol heated to 300 ˚С releases 10 РРМ of carbon oxide only ; up to 400 ˚С –50 РРМ only;  up to 500 ˚С –500 РРМ only; and when heated up to 600 ˚С it releases 1000 РРМ of carbon oxide.

Taking into account the mentioned above parameters, one can easily testify safety of our products, as well as safety if expanded polystyrene foam as a whole.