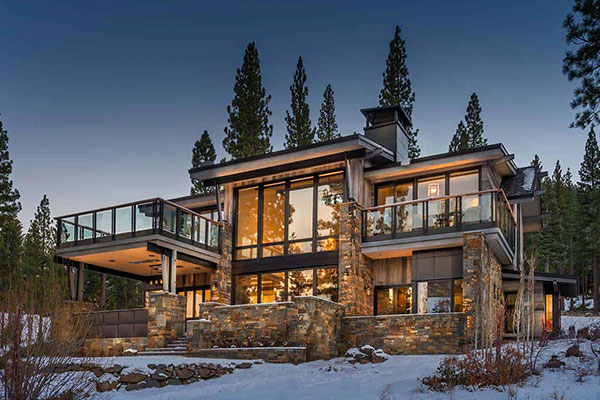 The "Termodom" system, in addition to its unique energy saving properties, has a number of advantages, one of which is the ability to build walls at sub-zero temperatures down to -20°C.

One of the important conditions for construction at negative air temperatures is the use of antifreeze additives in the concrete mixture.

Antifreeze additives in concrete increase the frost resistance, water resistance and initial strength of concrete by 10-20%. They significantly reduce dusting and water absorption, do not cause metal corrosion, and allow you to work at temperatures as low as -20°C.

Antifreeze additives in the concrete mixture are necessary when carrying out construction work in conditions of negative temperatures. The fact is that when freezing of the free water contained in the concrete, ice crystals are formed larger in volume than the water had. Therefore, a large pressure develops in the pores of the concrete, which leads to the destruction of the structure of the not yet hardened concrete and a decrease in the parameters of its final strength. The final strength decreases all the more the earlier the concrete froze.

The process of "setting" of cement is the most dangerous during the freezing period of concrete. Concrete with antifreeze additives has the ability to harden at sub-zero temperatures.

Concrete frost protection additives are generally stable substances that can be stored as a solid or as a solution indefinitely. However, it is necessary to store additives in accordance with the manufacturer's recommendations listed on the packaging.

The durability of concrete is its ability to retain its operational properties for a long time, within the limits prescribed by the project. Antifreeze additives in concrete can have various effects on such a parameter as durability. Depending on the environment, the chemical and mineralogical composition of cement and aggregate type is recommended to use a particular antifreeze additive in concrete, or its combination with other additives.

Antifreeze additives significantly increase the water resistance of concrete and its frost resistance.